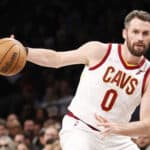 This season's race for the NBA's Rookie of the Year award was one of the closest in history, and according to the fan base of one team in particular, perhaps a little controversial. Toronto Raptors forward Scottie Barnes ended up winning the honor, and he had a terrific season, averaging 15.3 points, 7.5 rebounds and 3.5 assists per game while shooting 49.2 percent … END_OF_DOCUMENT_TOKEN_TO_BE_REPLACED 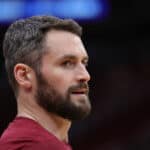 On Tuesday, it was announced that Miami Heat guard Tyler Herro had won the National Basketball Association's Sixth Man of the year award for this season. Herro certainly had a very strong season, averaging 20.7 points and 4.0 assists in 32.6 minutes a game for the Heat, who finished with the top seed in the Eastern Conference. But many people in Northeast Ohio … END_OF_DOCUMENT_TOKEN_TO_BE_REPLACED 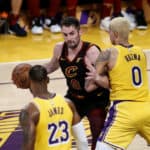 The Cleveland Cavaliers have a self-inflicted problem surrounding Kevin Love. Owner Dan Gilbert did not want to dive into a rebuild after LeBron James' latest departure and that meant handing Love a massive four-year deal. As fans know, both the team and Love have been a disaster since then. He is now under contract through the 2022-23 season and is owed … END_OF_DOCUMENT_TOKEN_TO_BE_REPLACED