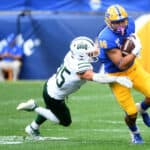 On Tuesday, the Browns made a few very, very minor roster moves. For starters, the Browns signed TE Nakia Griffin-Stewart. Then the squad waived TE Nick Guggemos, who passed through waivers on Tuesday as well. If you’ve never seen Griffin-Stewart in action, you probably aren’t alone. And don’t expect to see him any time soon, either. But if he does suit … END_OF_DOCUMENT_TOKEN_TO_BE_REPLACED 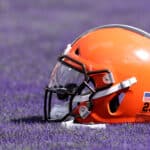 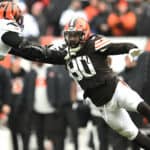 Browns nation got some exciting news on Sunday. According to Browns Insider Mary Kay Cabot, the team agreed to re-sign Jadaveon Clowney to a one-year, $11 million deal. The defensive end will go a long way towards bolstering a defensive line that still has some lingering question marks. The Browns went in and made additions through the draft, but bringing in … END_OF_DOCUMENT_TOKEN_TO_BE_REPLACED 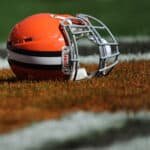 In all, the Cleveland Browns drafted nine rookies at the 2022 NFL Draft a few weeks back. And generally, the team did a good job targeting positions of need. The Browns added defensive line depth by adding Alex Wright and Perrion Winfrey. Cleveland also made efforts to improve its receiving corps through rookie pickups in David Bell and Mike Woods. And the … END_OF_DOCUMENT_TOKEN_TO_BE_REPLACED 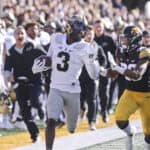 In the third round, the Cleveland Browns selected Purdue receiver David Bell with the 99th pick. The Browns are looking at a revamped receiver room, having lost previous starters in Odell Beckham, Jr. and Jarvis Landry. In the offseason, the Browns added Bell through the draft, as well as Amari Cooper via free agency. They join Donovan Peoples-Jones as likely … END_OF_DOCUMENT_TOKEN_TO_BE_REPLACED