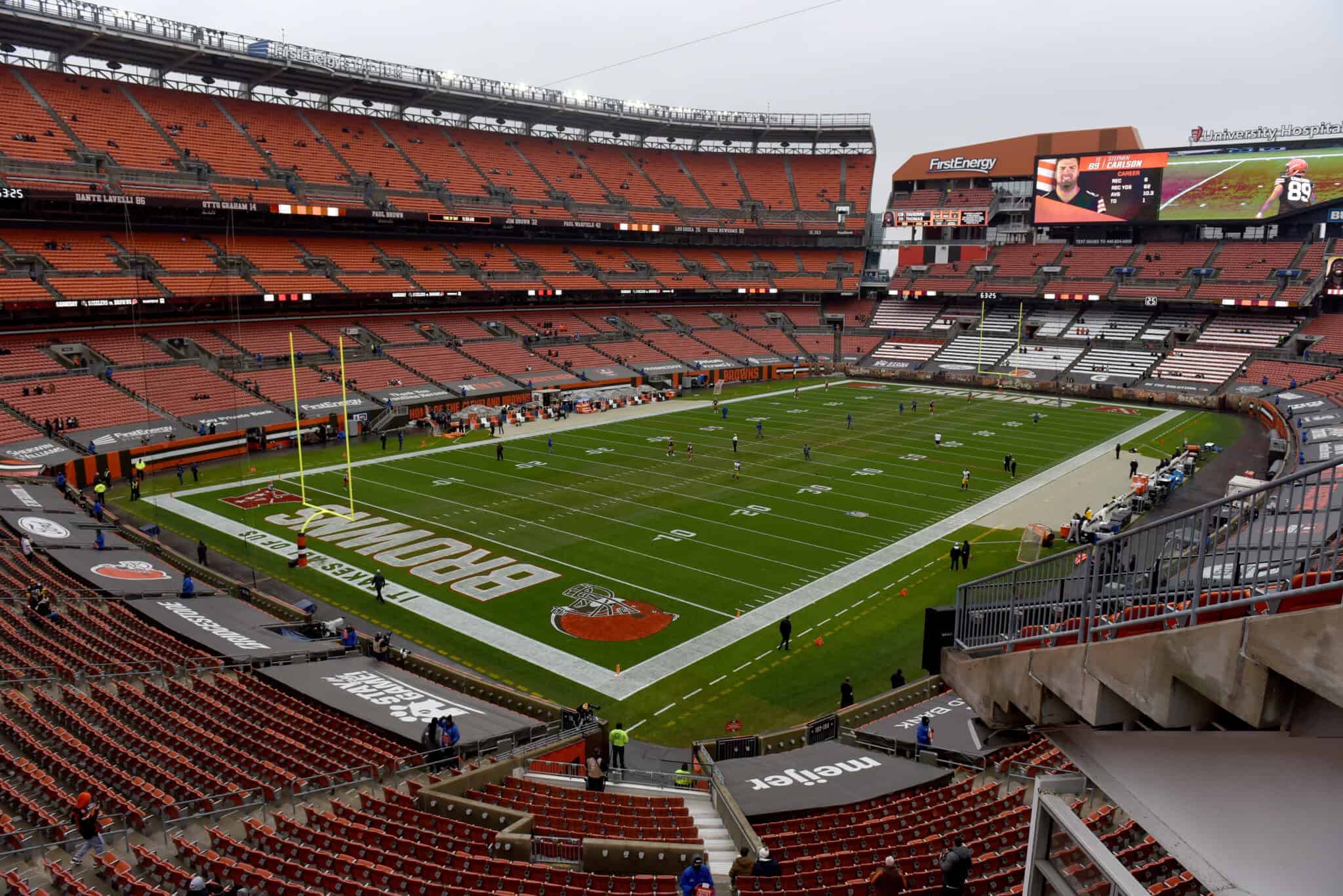 Some folks had a feeling the Cleveland Browns would be busy on day two of the NFL Draft.

In keeping with the Vegas theme, the Browns rolled up to the table a little light on coin, so didn’t make much of an impression early.

Instead, they kept their cards close and quiet during the first few hands.

They could have been tempted by the aggressive play by the Eagles, but wisely weren’t.

But throughout the quiet, everyone knew the Browns still had a major card to play: Baker Mayfield.

Would the Browns play that card?

Instead, the Browns were involved in a straight-up picks trade with a familiar face: the Houston Texans.

At this point, you have to believe that Andrew Berry has Nick Caserio’s number on speed dial, right?

The trade was a three-for-one.

The Browns, for their part, came into this draft needing to add depth in three places: wide receiver, defensive tackle, and defensive end.

While Metchie would have addressed one of those needs, the Browns instead decided to leverage their position for three third-rounders.

That's a wrap for Day 2 pic.twitter.com/5y8wy6CFt4

All in all, it was a productive second day, with the Browns addressing two clear needs and adding depth to another critical position.

In the current NFL, a team can’t have too many cornerback options.

Especially when twice a season the Browns will have to face off against the loaded Bengals receiver corps of Tyler Boyd, Tee Higgins, and rookie standout Ja’Marr Chase.

Add that to the fact that Greg Newsome II and Greedy Williams both have their own injury histories, and Emerson will provide excellent insurance in the defensive backfield.

Expect Alex Wright to ease Myles Garrett’s responsibilities on the line, and to have an early impact on the Browns’ defensive scheme.

#Browns fans: I had the pleasure of interviewing Wright back in December. I’m a broken record, but this guy has it. https://t.co/IncbONINPC

Some still expressed disappointment that the team didn’t move for a known top receiver, like the Eagles with A.J. Brown on night one.

I just wished the Browns could’ve gotten a WR1 in this draft. Cooper imo is WR2. David Bell I think will be a solid slot receiver. Overall, I grade the Browns draft thus far at B- with FA still available #Browns

Generally, fans across the NFL felt positive about the moves.

“Andrew berry is a wizard! How does he do it?!”

“A+ draft grade all around for the browns” https://t.co/LrDmhd5Q7d

I trust AB more than anyone in Cleveland. He knows what he’s doing #Browns fans. Relax

Baker Mayfield still on the Browns roster going into the draft pic.twitter.com/pFdkSImHPW

It will be interesting what direction the Mayfield saga heads.

Lot of folks saying #Browns have no leverage when it comes to Baker Mayfield. Repeating what I reported at Owners Meetings, it’s my understanding the powers that be are prepared & budgeted to play the long game IF need be. BM is still the best option when need outweighs patience.

Until the Browns get an offer they like for Mayfield, they won’t be in any rush to move the former No. 1 overall pick.

He and Jimmy Garoppolo make up the two best remaining quarterbacks on the market.

But, as evidenced by the lack of quarterbacks taken in the first (or second) round, teams seem willing to roll the dice with what they’ve got, unwilling to sacrifice much to trade up or trade for a boom or bust signal-caller.

As the draft continues into the weekend, be on the lookout for any moves involving Mayfield.

But if Mayfield moves, it’ll be quite the reaction.

Browns In Danger Of “Falling Behind” After Watson Trade?

What To Expect From Jerome Ford This Season

What To Watch For In Browns Preseason Opener Against Jaguars

What's Next After The Watson Suspension?

Taven Bryan Warming Up To Cleveland

Is A Big Year From Grant Delpit Coming?

Browns A Top-10 Team According To PFF

Anthony Schwartz: Unfair To Take "All That Blame" For Mayfield's Injury

Is D'Ernest Johnson On The Trade Block?

What David Bell's PUP Status Means For The Browns