Cleveland fans are very familiar with a person being the source for a team name – Paul Brown generally is credited with Cleveland’s football team being the Browns.

They may be less aware that such “person-team” naming also once occurred with Cleveland’s baseball team.

From 1903 to 1914, Cleveland’s baseball team was named the Naps after Cleveland’s star second baseman Nap Lajoie.

It was only when Lajoie left Cleveland that the team became the Indians in 1915.

Nicknamed “The Frenchman”, Lajoie was an outstanding batter and fielder.

For his play over 21 major league seasons, 13 with Cleveland, Lajoie is inducted in the National Baseball Hall of Fame.

Nap Lajoie HOF for Cleveland takes a break during practice. circa 1911 pic.twitter.com/6spvlDDIhf

We take a look at the life of Nap Lajoie – before, during, and after his major league baseball career.

Napoleon Lajoie (alternatively pronounced as “Lah-ZHWA” or “LAJ-way”) was born on September 5, 1874 in Woonsocket, Rhode Island.

Jean was French-Canadian and had emigrated from Canada to the United States.

Lajoie was the youngest of eight surviving children.

After Jean died in 1881, Lajoie and his siblings were forced to find jobs as soon as they could work to help support the family.

In 1885, Lajoie dropped out of school and found work as a sweeper in a textile mill.

He later clerked for an auctioneer and worked as a horse and buggy taxi driver (locally known as the “Slugging Cabby”).

His mother, Celina, did not approve of Lajoie playing baseball, so he played under the alias, “Sandy”, to hide his baseball playing.

One of Lajoie’s teammates gave Lajoie the nickname, “Larry”, because he could not pronounce Lajoie’s last name.

As Lajoie’s baseball playing talent started to become known, he began to play for other semi-pro baseball teams.

In 1896, Lajoie left Woonsocket for Fall River, Massachusetts to play for the Fall River Indians in the Class B New England League.

The Pirates made an offer of $500 to Fall River to acquire Lajoie, but Fall River turned it down.

On August 9, 1896, the Phillies and Fall River agreed for Philadelphia to acquire Lajoie and outfielder Phil Geier for $1,500.

Lajoie was headed to the major leagues.

On August 12, 1896, Lajoie made his major league debut, in a 9-0 Philadelphia shutout of the Washington Senators.

Lajoie played first base and hit a single.

He also had a slugging percentage of .543.

Philadelphia had a 62-68 record, finishing in eighth place in the National League, in 1896.

He also hit 40 doubles and 23 triples, stole 20 bases, and had a slugging percentage of .569 (leading the National League).

George Stallings, manager of Philadelphia, moved Lajoie from first base to second base in 1898.

Lajoie was to principally play second base for the rest of his major league career.

“[Lajoie would] have made good no matter where I positioned him.”

With a 78-71 record, the Phillies finished in sixth place in the National League in 1898.

After suffering an injury in a collision with Cincinnati Reds infielder Harry Steinfeldt, Lajoie appeared in only 77 games in 1899.

Philadelphia posted a 94-58 record and finished in third place in the National League in 1899.

Lajoie broke his thumb in a fistfight with teammate outfielder and future National Baseball Hall of Famer Elmer Flick in 1900 and appeared in only 102 games.

The Phillies finished in third place in the National League, with a 75-63 record, in 1900.

Lajoie had been promised by John Rogers, the majority owner of the Phillies, that he would make the same salary as his teammate outfielder and future National Baseball Hall of Famer Ed Delahanty.

When Lajoie found out that in fact his $2,600 salary was $400 less than the salary of Delahanty, Lajoie was very upset.

In 1901, the American League was formed as a competitor to the National League in baseball.

The American League sought to attract top National League players, such as Lajoie.

1901 All-Americans – Nap Lajoie, Rube Waddell side by side in the top row. pic.twitter.com/wIjOYdTs3S

The Philadelphia Athletics in the American League offered Lajoie a salary of $4,000, and Lajoie “jumped” from the Phillies to the Athletics.

“The Phillies opened their season and drew 6,000 fans.  A week later, when we opened, there were 16,000 in the stands.  The American League was here to stay.”

John Rogers filed litigation to attempt to block Lajoie from moving to the Athletics from the Phillies.

While the litigation was pending, Lajoie had an outstanding season for the Athletics in 1901.

In also leading the American League in runs batted in (125) and home runs (14) in 1901, Lajoie is one of only 15 players in major league baseball history to win baseball’s “Triple Crown”.

In an 11-9 Athletics loss to the Chicago White Sox on May 23, 1901, Lajoie was so feared as a batter that he was intentionally walked with the bases loaded.

The Athletics had a 74-62 record and finished in fourth place in the American League in 1901.

Lajoie was managed in 1901 by future National Baseball Hall of Famer Connie Mack.

“He plays so naturally and so easily it looks like lack of effort. Larry’s reach is so long and he’s fast as lightning, and to throw to at second base he is ideal. All the catchers who’ve played with him say he is the easiest man to throw to in the game today. High, low, wide – he is sure of everything.”

Consistent with Mack’s comments, Lajoie, who threw righty, was an excellent fielder.

In April, 1902, following a decision by the Pennsylvania Supreme Court in favor of John Rogers, Rogers obtained an injunction preventing Lajoie from playing for any other major league team other than the Phillies.

The court told Nap: "the provisions of the contract are reasonable & the consideration is fully adequate"

The injunction was later interpreted to be only enforceable in the state of Pennsylvania, and thus could only prevent Lajoie from playing for the Athletics or for other American League teams playing games against the Athletics in Philadelphia.

In his first game for the Cleveland franchise, a 4-3 Cleveland victory over the Boston Americans on June 4, 1902, Lajoie (hitting “cleanup”) had a double, drove in one run, and scored one run.

“I knew from that day I was going to be happy in Cleveland.”

Because of the legal issues, Lajoie (playing at a height of six feet and one inch and a weight of 195 pounds) played in only 87 games, 86 with Cleveland, in 1902.

The Cleveland franchise had a 69-67 record and finished in fifth place in the American League in 1902.

In recognition of Lajoie, based on a newspaper poll, the Cleveland franchise changed its team name to the Naps in 1903.

Nap Lajoie of the Cleveland Naps (AL) standing on the field with his bat during practice, 1903 pic.twitter.com/izYNKyBaVc

He also led the American League in slugging percentage (.518).

“Lajoie was one of the most rugged hitters I ever faced.  He’d take your leg off with a line drive, turn the third baseman around like a swinging door, and powder the hand of the left fielder.”

The Naps had an 86-65 record and finished in fourth place in the American League in 1904.

Lajoie took on new duties when he was named manager of the Naps for the 1905 season.

On the playing field, an injury again limited Lajoie in 1905.

As a result of an untreated spike injury, Lajoie contracted sepsis and appeared in only 65 games.

Mounted photo of Nap Lajoie on the left had been in our archive but sold in 2018. I knew the artwork must have been mounted this way for publication but where was it used? Mystery solved! Found him hiding in Lajoie's 1906 Base Ball Guide. pic.twitter.com/sVAzn4CnHs

The Naps posted an 89-64 record in 1906 and finished in third place in the American League.

With an 85-67 record in 1907, the Naps finished in fourth place in the American League.

In addition, he hit 32 doubles and stole 15 bases.

The Naps finished in second place in the American League, losing the pennant to the Detroit Tigers by only 1/2 of a game.

During the 1909 season, after managing Cleveland for over four seasons, Lajoie decided to relinquish his managerial duties.

As evidence that the responsibility of being manager may have adversely affected Lajoie’s play on the field, he exceeded his .289 batting average in 1908 in each of the next five seasons.

The Naps had an 86-66 record in 1913 and finished in third place in the American League.

He also posted 50 runs batted in and stole 14 bases.

After the 1914 season, the Naps sold Lajoie to his former team, the Philadelphia Athletics.

With Lajoie no longer on the team, the Naps changed their name to the Indians for the 1915 season.

Lajoie played his final two major league seasons in 1915 and 1916 for the Athletics.

The Athletics finished in eighth place in the American League in 1915, with a 43-109 record.

In 1916, the Athletics, with a 36-117 record, again finished in eighth place in the American League.

On August 26, 1916, at the age of 41, Lajoie played in his final major league game, hitting a triple in a 5-0 Athletics win over the Cleveland Indians.

They stayed married until 1954 when Myrtle died.

Myrtle and Lajoie had no children.

Although Lajoie’s last major league game was in 1916, he continued to play baseball for two more years.

In 1917, Lajoie was a player-manager for the Toronto Maple Leafs in the International League.

Lajoie next was a player-manager for the Indianapolis Indians in the American Association in 1918.

He had a .282 batting average in 291 at bats, as Indianapolis finished in third place in the American Association.

Following his time with Indianapolis, Lajoie announced his retirement from playing baseball on December 27, 1918.

After his retirement from baseball, in business, Lajoie worked for a rubber company, sold truck tires, and established a small brass manufacturing company.

During his retirement, Lajoie lived in South Euclid, Ohio and Mentor, Ohio, before moving to Florida to live in the Daytona Beach area in 1943.

Just look at this! The Hall of Fame induction ceremony of 1939.

In his National Baseball Hall of Fame induction speech (one of the shortest on record), Lajoie stated:

“Ladies and gentlemen, I’m very glad to be here today and to meet all the old-timers that you probably watched play baseball and some of the greatest men that ever walked on the ball field, and I am glad to have the honor to be here today and join with them, and I hope everybody enjoys it as I do because I’m certainly having a great day. Thank you.”

In 1951, Lajoie was inducted in the Cleveland Indians Hall of Fame.

The Sporting News, in its list of “Baseball’s 100 Greatest Players” in 1998, ranked Lajoie in the 29th position.

Lajoie can lay claim to be one of the greatest players in Cleveland baseball history.

For his play over his 13 seasons with Cleveland from 1902 to 1914, Lajoie ranks high in numerous Cleveland career statistics.

Lajoie had the most hits of any player in Cleveland history (2.052).

Besides his rankings as a hitter, Lajoie also ranks high in major league baseball career statistics as a fielder.

Had Lajoie not missed significant playing time, his statistical rankings would even be higher; he played in less than 110 games in six of his 21 major league seasons.

While Lajoie never won a major league pennant (either with Cleveland or any other team), Cleveland did have a winning season in eight, and a winning percentage of at least .464 in 12, of Lajoie’s 13 seasons with Cleveland.

The poet Ogden Nash, in a poem written for the January, 1949 issue of SPORT Magazine, “Line-Up For Yesterday”, included Lajoie in his references to great baseball players.

“L is for Lajoie

With glue in his glove.”

Immortalized in a team name, in a poem, and in the National Baseball Hall of Fame, Nap Lajoie stands out as one of the greatest players in Cleveland baseball history. 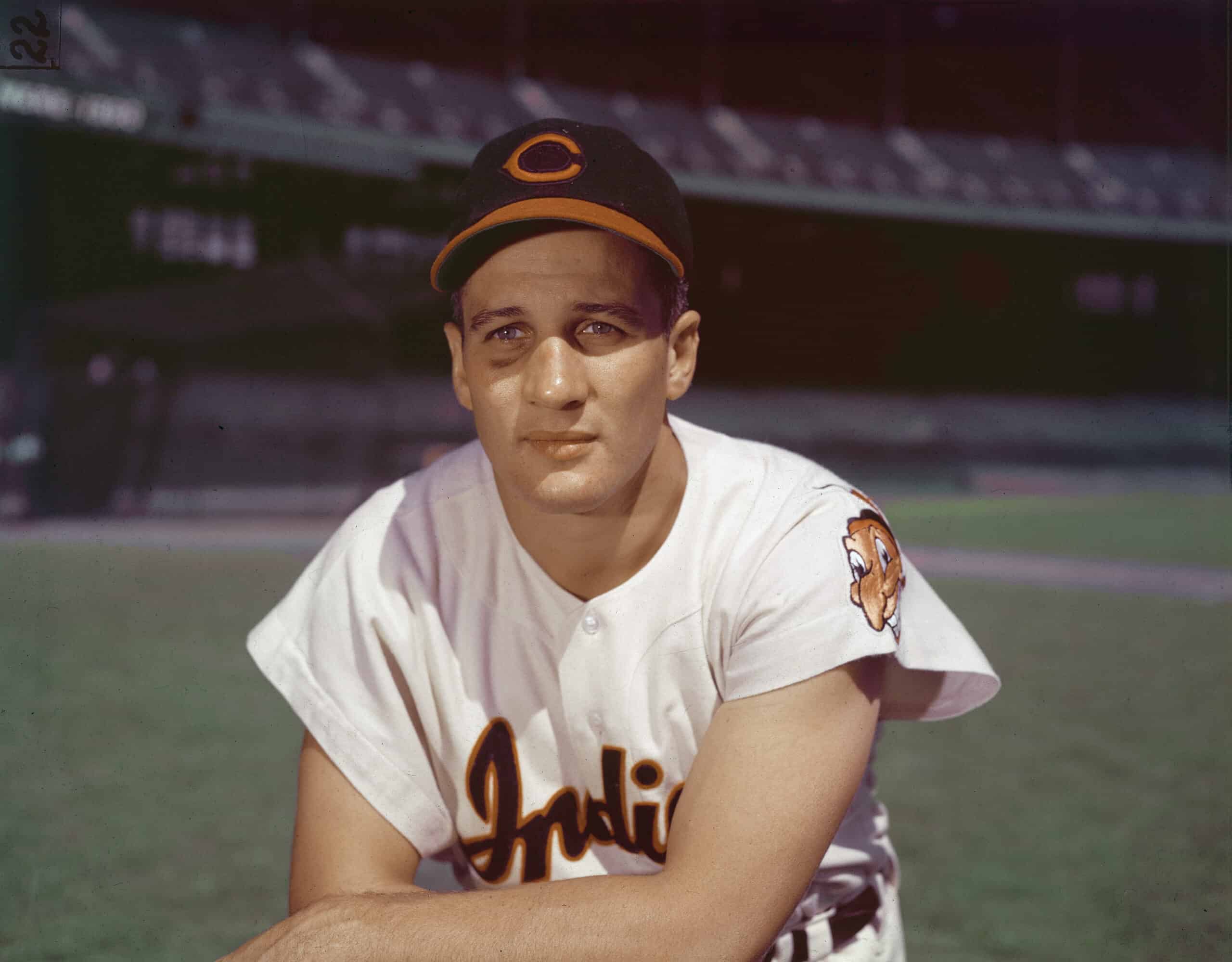 The Life And Career Of Al Rosen (Complete Story) 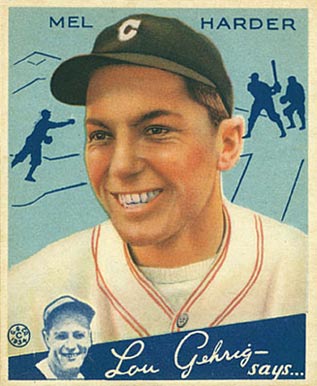 The Life And Career Of Mel Harder (Complete Story) 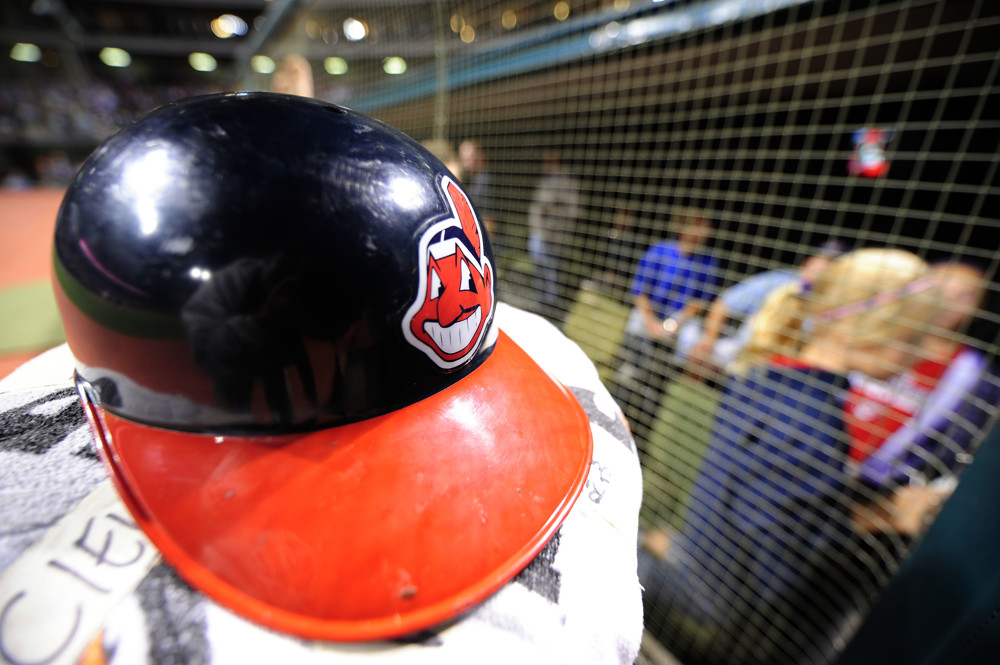 The Life And Career Of Sam McDowell (Complete Story)