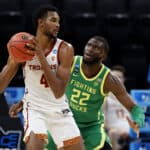 The Cleveland Cavaliers landed some lottery luck in 2021 and own the No. 3 overall pick in Thursday's NBA Draft. This draft has some top talent, with four players in particular standing out above the rest. Those four are Cade Cunningham, Jalen Green, Jalen Suggs, and Evan Mobley. For now, it appears Mobley is locked in with the … END_OF_DOCUMENT_TOKEN_TO_BE_REPLACED 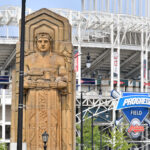 Cleveland Indians fans have now had the weekend to settle in and ruminate on the new Guardians name. But it is clear based on the initial reaction that plenty of fans are not happy with the upcoming change. That is the nature of change in general. Something was the same for so long and no matter what the change actually entails, many aren't going to like … END_OF_DOCUMENT_TOKEN_TO_BE_REPLACED 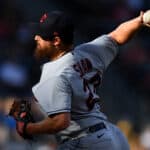 The Cleveland Indians are sitting right around the .500 mark as the 2021 MLB trade deadline nears. And with a new name change announced, there is no telling what the team will do. Selling off some key pieces seems likely, but ownership may want to make a splash with the Guardians brand set to take over later this year. Let's look at a few predictions for the … END_OF_DOCUMENT_TOKEN_TO_BE_REPLACED 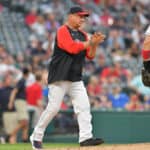 Terry Francona is one of the best managers in Cleveland Indians franchise history. That fact is true now and will remain true when he dons a Guardians jersey in 2022. A manager spending so much time in one clubhouse is tough enough these days. But success is what has kept Francona around since his thrilling arrival following the 2012 season. All he has … END_OF_DOCUMENT_TOKEN_TO_BE_REPLACED 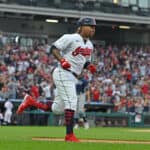 Cleveland Indians fans already dealing with a name change were potentially also panicking about a possible Jose Ramirez trade. It would appear the latter concern can be forgotten about as the trade deadline approaches. Ramirez is an obvious trade candidate because this organization loves to trade top talent for big returns. However, all the rumors surrounding … END_OF_DOCUMENT_TOKEN_TO_BE_REPLACED