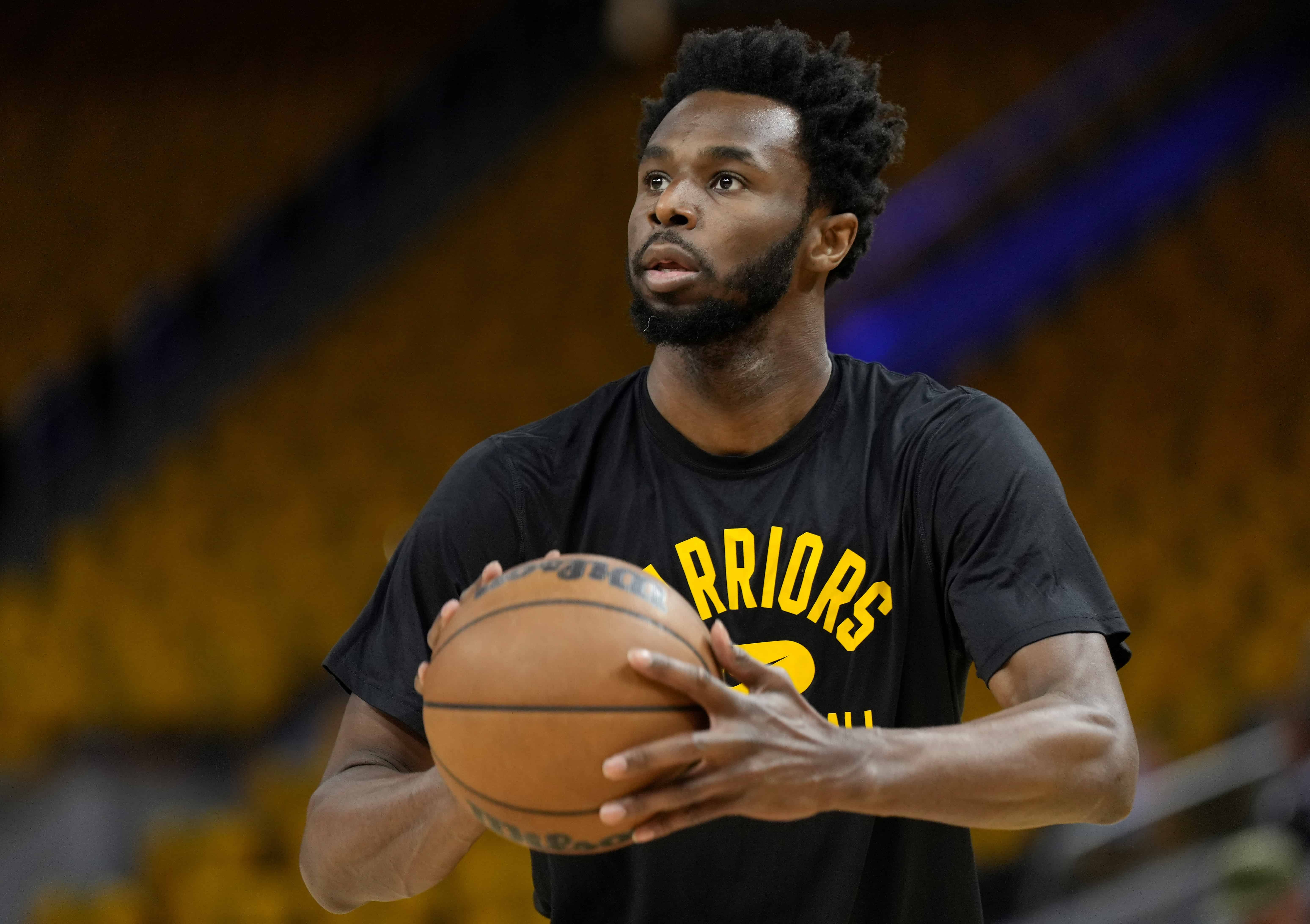 Remember that sappy cliché “if you love something let it go; if it returns, it was always meant to be”?

Apparently, the Cleveland Cavaliers have set their sights on Golden State’s Andrew Wiggins.

Wiggins is in the midst of a Finals run with the Warriors.

Not only that, it’s been Wiggins’ best overall season by a mile.

But does the former no. 1 overall pick make sense on this Cavaliers team?

The news of Cleveland’s interest in Wiggins was first reported by Chris Fedor of cleveland.com.

On a podcast with HoopsHype’s Michael Scotto, Fedor provided a litany of potential trade targets he’s heard thrown around the Cleveland front office:

“Here are the names that I’ve heard: I think both (Bojan and Bogdan) Bogdanovics would make sense. Gordon Hayward, whose salary lines up with Kevin Love… Tobias Harris, Harrison Barnes, Gary Trent Jr., Jeremi Grant, Aaron Gordon. And this is one that I’m watching. I think it’s less likely than it was when the postseason started, but it’s one that I’ve heard kicked around inside the walls of Cleveland. It’s Andrew Wiggins of the Warriors.”

The names came amidst a discussion of the Cavs’ need for a quality wing scorer-defender.

Cleveland would probably improve their squad with any of those players, but the obvious name everyone will glom onto is Wiggins.

Wiggins was drafted by the Cavaliers back in 2014.

You might recall that another former no. 1 overall pick also returned to Cleveland that year; LeBron James.

James reportedly helped orchestrate a trade between the Cavs and Timberwolves, which sent Wiggins to the Twin Cities in exchange for Kevin Love.

Wouldn’t it be something if Love and Wiggins ended up playing together?

In the Warriors’ culture, which is arguably the best in professional basketball, Wiggins has obviously flourished.

Report: The Cleveland Cavaliers like the idea of bringing back Andrew Wiggins this off-season pic.twitter.com/b8ilgTX6mT

He may not be scoring 20 points a night, but his defensive numbers are strong.

This season, Wiggins’ defensive win shares (3.4) and defensive rating (108.4) were the best of his career.

The latter was top-15 in the league, better than All-Defense First Team Mikal Bridges and just shy of Evan Mobley’s 107.3.

First – the problem for Wiggins is not talent.

It has never, ever, for a single second been about talent.

Wiggins’ hang-up is, to put it bluntly, how much does he love basketball?
Darius Garland?

But questions about Wiggins’ love of the game have nagged the All-Star for his entire career.

The second issue – are these numbers an aberration?

In the Golden State system, every player could (and should) put up career numbers.

Harrison Barnes was excellent in the blue and gold.

He’s yet to recapture that form with the Mavericks and Kings.

But did you hear a peep from him in Miami or Memphis?

There’s no question Wiggins would fit like a glove in Cleveland.

Defensively, he makes the team a monster threat.

Offensively, he blows Cleveland’s current wing options out of the water.

Mobley and Garland are a better supporting cast than what Wiggins had in Minnesota, but neither is on the level of a Draymond Green and Steph Curry.

And, though J.B. Bickerstaff is an excellent coach, he’s not Steve Kerr.

Third, the asking price will be astronomical.

But the Cavs have exactly what the Dubs want: an All-Star quality big.

If any deal for Wiggins is going to get done, Cleveland will unquestionably have to throw in Jarrett Allen.

The Warriors are too savvy to accept just Collin Sexton, Lauri Markkanen, and Kevin Love; they took a bet on Wiggins, and now they’ll look to cash in.

Is that a price Cleveland is willing to pay?

Depends on how the Cavaliers view Wiggins’ two rejuvenated seasons in San Francisco.

2 Reasons The Cavs Should Keep Their Pick At No. 14

2 Players To Watch If Cavs Move Back In The Draft