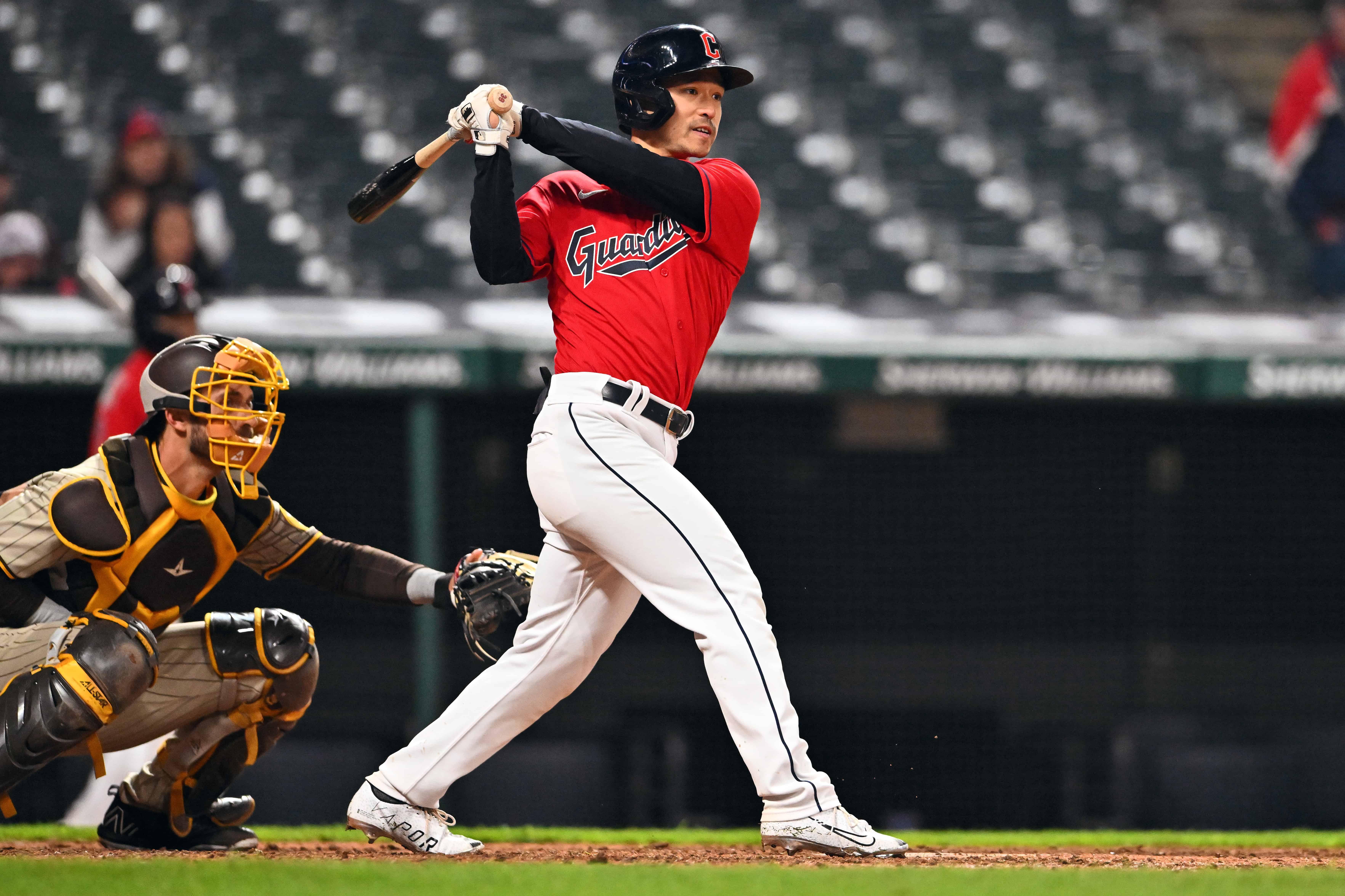 .3⃣5⃣4⃣ Avg
5⃣ 2B
What a first month in the Bigs for Steven Kwan. #ForTheLand pic.twitter.com/m4B37U6SpQ

These are all things you know about the California native.

But what about the lesser knowns?

1. He Hates Striking Out

Maybe you knew this about Kwan.

And every other baseball player that has ever existed since Abner Doubleday didn’t invent baseball in a Cooperstown cow pasture.

But for Kwan, the strikeouts were something more.

“I remember when I was younger, every time I struck out, I would want to cry. So I think I just told myself, ‘I don’t like to cry, so I just won’t strike out.'”

To his credit, Kwan put his money where his bat is.

Through his first four games, he reached base safely 15 times.

Not only does Kwan avoid striking out, he flat out avoids strikes altogether.

It took 116 big league pitches for Kwan to swing and miss.

Among players who debuted after 2000, it’s the longest such streak from a debutant, per Elias Sports Bureau.

Kwan has the luxury of playing with the strong bat of José Ramirez, an early leading AL MVP candidate.

But it’s not the first time Kwan has played with a stellar cast.

"Steven Kwan walked 'em off in the 10th." pic.twitter.com/wZvJLm8hx9

Kwan arrived in the big leagues via Oregon State.

The team was star studded; it featured the Cubs’ Nick Madrigal, the Twins’ Trevor Larnach, and Orioles’ Adley Rutschman.

Rutschman, you may know, is the top prospect in all of baseball.

Kwan shared the lineup with them.

More than that, he batted leadoff in the 2018 season, ahead of all three future first-round draft picks.

Can’t ask for much more.

While Kwan did bat leadoff in 2018 for Oregon State, his spot wasn’t always a guaranteed one.

His freshman season at Oregon State was a disappointing one.

He was far from the consistent hit threat that he evolved into.

So after that freshman year, Kwan linked up with Tyler Graham for some help.

Graham was a player development coach at Oregon State, who joined his alma mater after a decade-long career in the majors.

Graham basically told Kwan his entire batting mechanics would have to change:

​​”Mechanically, it was all about slowing Steven down just so he could start seeing the ball even better. A lot of the stuff was without swinging, a lot of lane-training work. Just throwing balls and balls out of the machine without swinging, just working on his timing.”

He hit the cages hard and returned for a sophomore season in 2018 that turned his coaches’ heads.

It was those offseason reps that propelled him to the leadoff spot.

And, more importantly for Cleveland, those reps improved his game such that pro scouts finally took notice.

The rest is history.

What To Watch For As The Guardians Face Tough Schedule Stretch

Does The MLB Owe The Guardians An Apology?

Report: Guardians Unlikely To Be Big Spenders This Winter

Fans React To Guardians Moving To First In The Division

What's Next After Franmil Reyes DFA?

What Is The Guardians Outlook After A Quiet Trade Deadline?

Is Daniel Espino Too High A Price For Juan Soto?

What To Watch For In Guardians Series Versus Rays

What Is Shane Bieber's Value?

Guardians Among "Most Likely" Trade Destinations For Cubs' Contreras

What Is Shane Bieber's Future In Cleveland?